The global board games market is estimated to grow by $11bn in 2023 and that is also linked with the number of games and gameplayers that are growing.

It is now a distant cry from Harry Wallop’s games are dying argument of 2015. No, board games are not dying. In fact, there has been an explosion in the popularity and growth of the board games market.

Even Google Trends reveals that board games have dominated searches in the last five years showing a growing interest among the people. This appetite is owing to several reasons and that would be explored here.

1. The Internet and Widespread Use of Social Media

The internet has changed many things and board games are not excused from it. It is a new culture that has shaped people’s experiences differently.

Prior to internet explosion, there was a limit to how people connected over shared board game interests, and such clusters are not as viral and global as they are now.

There was no way for people who loved board games to connect and talk and share moments around the games they love. That has changed now.

First, there is the social need that the presence of social media or internet as we know it affirms. Social media is meant to create forms of socializing that people now react to because of how it sucks users into some individuated lifestyle devoid of affection or community.

Many are also seeking a break from that reality largely because of its performance-based theatrics and seeking escapist experiences which board games generally provide.

The lack of socialization that the internet explosion brought has further driven people to desire an experience that addresses that. Here comes in the board games.

The flip side of the social media which is where this point starts from is how it has also been a double blessing in connecting lovers of board games as well as creating the popularity around many games, too.

There are websites like the Board Game Geek or The Dice Tower whose reviews, analyses, and online chat platforms have built a community of board game lovers who share opinions, ask questions, and build interest in a combined sense of community affirmation.

There is also the Tabletop show on Youtube hosted by Wil Wheaton. In the US, a good way to trend and mainstream an idea, show, game or product is to get a celebrity on it. That’s exactly what Wil did, got celebrities on the show, play tabletop games with them and that created a huge fan base and shot up the popularity rating of tabletop board games.

There was what became known as “The Tabletop Effect”. Amazingly, any time a board game is featured on the show, the game’s sales goes up with many running out of stocks. This happened so consistently that it got the nickname.

In addition, the internet has played host to other innovations like the podcasts which are quite a popular talking platform for lots of Americans.

Apparently, an internet connection gives you access to listen to board games podcasts which not only enhances your knowledge of a board game but also your curiosity, interest and inclination towards it.

The internet explosion has also contributed big time to the digitization of some popular board games. This leads to the second point on the popular explosion of board games.

Cards Against Humanity
View on Amazon

Prices pulled from the Amazon Product Advertising API on:

Product prices and availability are accurate as of the date/time indicated and are subject to change. Any price and availability information displayed on [relevant Amazon Site(s), as applicable] at the time of purchase will apply to the purchase of this product.

2. Digitization Of Board Games

The digitization of board games has also created simple ways to connect with other game players to actively play games. That revolution, though popularized by video games players, ensures that games are no longer homestay, individual or family affair.

You have a challenger or opponent on the other end of the internet line that line that you play with. Considering this, therefore, with apps and online platforms, board games have become digitized fancies of lovers and users of phones or internet-connected PCs.

There are many popular board games that have strong online followership and community. A notable example is Ticket to Ride and Small World.

These board games can be accessed on your Android phones, iOS, Xbox, Playstation and your PC. It is the same feel for your video games. In fact, there are some of these apps that allow you play with the computer offline.

There are also many board game online sites that allow you play as a community with other players, and they are absolutely for free.

You have board games like 7 Wonders, Stone Age, Hanabi, Seasons, Kyflower, Caylus, and many more on it. The site has a fanbase of over a million gamers, that’s a lot of gamers sharing a community online.

Amazingly, the site is available to gamers in over three hundred countries and gamers have potential language options of over thirty languages. Pretty amazing stuff!

This basically speaks to the societal changes that defined the shift in the board games popularity among families of users or gamers alike.

At the economic angle, the post 2008 recession period meant there were a lot of immediate adjustments that people had to make to their lives and economic choices. People soon realized that their experiences are more connected than they take cues for.

For many, board games became an instant family hit, not just because they are cheaper in comparisons to other forms of entertainment, but they also became important connecting thrust for families who saw it as a good way to rekindle family time.

Beyond such structural enforced changes, parents have also begun to share time with their children based on board game time.

No doubt, children are more digitally aware than their older parents, they get to spread the word about time shared with parents playing these board games online and use it as content for their online feeds.

Interestingly, the mechanics of these board games speak to the ones they have encountered in video games, and as such, has been translated with ease.

The board games are fast becoming opportunities for people to also experience real connections from fellow humans.

People long to meet up with friends, make new ones, catch up, and not forgetting to have fun. People are now clearly interested in social and human connection.

Human interactions changed completely when smartphones took over, as people began to spend time attached to them than they would with other people.

Predictably, people need new experiences in building their esteem, relationships, and they do that with board games.

There was a recent study about cafes and bars that also became an integrative space for board game lovers, specifically bringing back interaction interests among families, friends, and even strangers.

The same is true for restaurants who have libraries of board games offering discounts for their purchases on food and beverage with customers who register to these libraries.

It is not so extended in discussions, but it explains a major point and value in the social expulsion of different board games in America, for example. 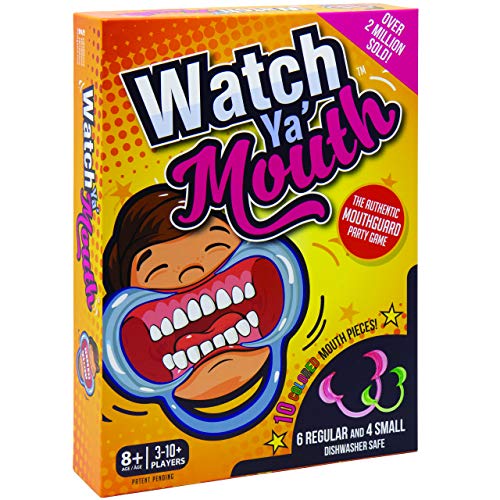 Board games are enjoying a popularity unmatched in recent decades, even more than years ago (the early and mid 90s) that heralded the proliferation and beginning of a global board game interest.

To this end, the games go through modifications and new updates, which make them an important attraction to the younger generation. That generation is the peak consideration for board game popularity because the popularity among the older generation is predictable and understandable.

The manufacturers easily tap into that growing followership to scale the growth of the market in remarkable numbers. This has been more increasingly possible, too, because of a major factor: The Board Game Conventions!

Board game conventions have become a big ritual for gamers around the United States.

PAX Unplugged, for example, hosts game events that specifically target gamers across several generations. These conventions allow individuals and (their) families to have a weekend of knitted family time where they talk and do everything games.

These conventions are always well attended and attract thousands of attendances across the United States.

A very keen argument for the popularity of board games is also the health benefits that have been ascribed to the game.

Board games have become key usage in the relief of stress, as well as offering psychological relief for many who might be going through mental stress. This has also contributed to the popularity of board game usage.

The market value that puts the board games projection to increase by 10-12% in the coming decade speaks to not just the economic worth but also the popularity.

Therefore, one can easily claim that board games aren’t dying but have become so popular in recent times.